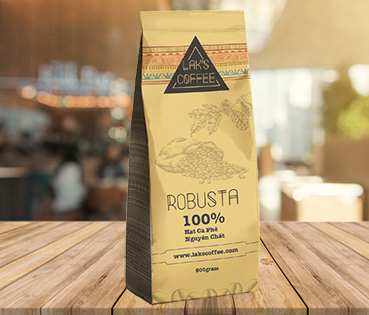 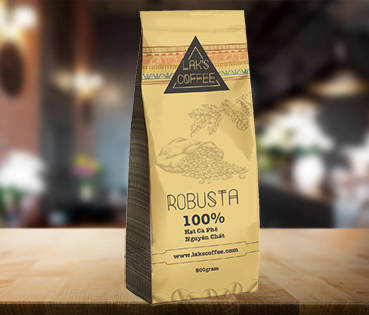 It is not the type of Arabica or Robusta coffee that determines the amount of caffeine in your cup of coffee, but the variety of nuts, the place of planting, the ways of roasting, the preparation … even Both the brand name of the manufacturer has an effect on the caffeine content of your coffee cup.
According to the National Coffee Association of America, 4 out of 5 Americans drink coffee, some drink daily, some occasionally. Some people drink coffee is to stimulate for alertness. The average daily coffee consumption in the United States is more than 400 million cups. There are many factors that influence the amount of caffeine in one cup of coffee compared to another. The variety of nuts, planting places, roasting, mixing methods … all have an effect on the caffeine content in the cup of coffee.

There are two basic types of coffee beans: Arabica and Robusta. Arabica is a higher quality seed commonly used for coffee connoisseurs. According to Coffee Reach, Arabica accounts for 75% of world consumption. Robusta is of lower quality and is often used for prepacking, processing instant coffee or processing powdered coffee. Robusta seeds have higher caffeine content than Arabica seeds. Coffee beans

Factors that can affect, affect the caffeine content in a cup of coffee include how well the ground coffee beans are blended before mixing, method and preparation time. According to the Coffee Facts website, the method of making drops, using finely ground coffee, will yield the most caffeine because hot water is exposed to coffee powder for a long time. One cup of about 5 oz (~ 148ml) contains 115 to 175mg of caffeine. Coffee brewed will give between 80 and 135mg of caffeine on a 5-oz cup (148ml). One shot of an espresso cup will give 80 – 100mg of caffeine. And instant coffee generally has the least caffeine content, about 65mg per cup.

Depending on the cafe

According to Center for Science in the Public Interest, Starbucks coffee is generally the highest in caffeine compared to the chain of cafés of Einstein Brothers. A Starbucks 16-oz (~ 473ml) pre-made coffee contains 320mg while 1 cup of Einstein Bros. It usually contains less caffeine, about 300mg. Tuesday is Dunkin ’Donuts, a cup of ready-made coffee 16 oz (473 ml) containing about 206mg of caffeine.

There are many factors that affect caffeine content in your coffee cup. Obviously, the larger the cup capacity, the more coffee and therefore more caffeine. A 16-oz coffee cup (~ 473ml) may be 3 times larger than the coffee you normally drink at home. And when you choose different coffee beans and with different roasting techniques in many cafes, the caffeine content will also vary. Despite these factors, the fluctuation of over 100mg of caffeine in a 16-oz cup is a significant number.